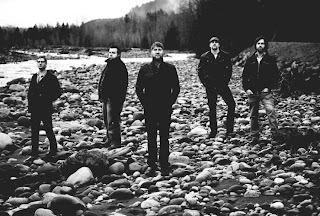 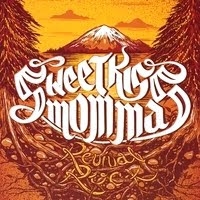 While making the rounds of the club scene in Seattle/Tacoma, front man Jeff Hamel and his cohorts from Puyallup, are selling a surprising number of
records across Europe thanks to new distribution deals with Just For Kicks Music, Barchen Records, and Sonic Rendezvous, and are hoping to do the
same within North America. Revival Rock, hailed by GreatIndieMusic.com as "A Rootsy, Southern Soul-tinged, instant classic", is the follow-up to their
self-titled EP released in 2008. The album has reached #1 in sales on both the "Roots Rock" and "Southern Rock" charts via CD Baby.com, and at several
points, rose into the Top-10 on the overall sales chart (among the 250,000+ artists using CDBaby). The lyrically honest, musically raw, and wholly
organic 12-track musical juggernaut is cultivating a large and loyal following, easily endearing fans ranging from lovers of classic Southern rockers like
Lynyrd Skynyrd and The Allman Brothers, to those who enjoy the more modern, earthy sounds of bands such as The Black Crowes and Kings of Leon.
Songs from Revival Rock have been featured on terrestrial and internet radio stations ranging from alternative to country to classic rock. SweetKiss
Momma's "PopScore" via Jango.com has consistently been among the highest, and their music has been featured on the web incarnation of famed
Americana/Roots periodical No Depression.

As one fan posted on the band's CD Baby page: "This album feels like a great Saturday night out—good friends, a couple of shots of your favorite
Bourbon, a few too many ice cold beers, and the pending specter of questionable choices". Packing an authentic punch of rock, blues, and southern soul,
SweetKiss Momma—which also includes drummer Tyson Lickert, guitarists Aaron Arnold and Waid Hoyt, and bassist Randy Jackson—skillfully combine
the raucousness of that Saturday night with the sweet harmonies of a sunny Sunday morning—making their music feel both exhilaratingly fresh and
intimately familiar.

The effortless flow and crackling chemistry of the members of SweetKiss Momma comes from the bond that formed while these guys grew up playing in
their local church. They developed their impressive chops on the classic spirituals and gospel they played at the multiple weekly services, and from this
base, the four founding members (Hamel, Lickert, Arnold, Hoyt) began developing their blues rock vibe. After a decision to try their hand at some
original material, and months of woodshedding in Hamel's living room, they played their first local gig in 2008, and have since taken the stage at such
venerable Northwest venues as the Tractor Tavern, Jazzbones, The Showbox, El Corazon, and the Sunset Tavern, and traveled to Austin for a slew of
showcases during SXSW 2010. During this time, they have opened for such luminaries as Molly Hatchet, Jeff Cook (Alabama), The Supersuckers, and
Rock-n-Roll Hall of Fame inductees The Ventures.

Recorded at Seattle's Orbit Audio (famed for it's collection of vintage recording gear), Revival Rock was crafted solely using analog equipment, including
a Trident 80-B Series mixing console once owned by Guns N' Roses bassist Duff McKagan. In fact, Duff's framed platinum record for GNR's classic "Use
Your Illusion" hung prominently overhead as the guys recorded and mixed. The artwork for the album, designed by renowned poster artist Adam
Turman, provides the package the same vintage feel as the music it holds.

Driven by a relentless, yet at times cool and sensual mix of blues-rock with gospel undertones, Revival Rock also highlights the band's exceptional
songwriting, which is driven by the delicate balance of Arnold's powerful riffs and Hamel's raw, honest lyricism. Among the most popular tracks so far
are the gritty, hard edged jam "Son of the Mountain," a strident observation about living in the overwhelmingly powerful shadow of Mount Rainier; the
rowdy, high energy plea to a prospective lover "Mercy Love"; and the leisurely, horn-tinged ode to lazy afternoons "Slow Fade".
SweetKiss Momma
http://www.skmband.com/aboutus.html